Redmi, last year announced the Xiaomi Redmi K30 5G smartphone in its home country. The sales of the smartphone began early this year.  At the time of launch, the Redmi K30 rolled out as the first 5G-enabled smartphone. 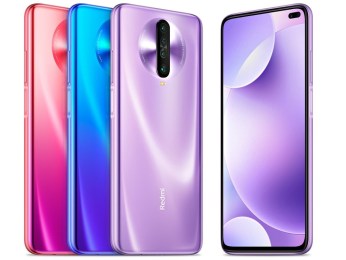 Recently, the device bagged approval from the Bureau of Standards in India. The certification hints that the launch of the Redmi K30 5G in India is right around the corner.

Based on the information leaked by a reputable tech tipster, Ishan Agarwal, details of the Redmi K30 5G were revealed by Pricebaba in a recent report. The details unveil the different variants and colour options the Redmi K30 5G would be available in when it finally debuts in India.

According to the information, the Redmi K30 5G would be available in India in Mist Purple and Frost White colour options.

The Redmi K30 5G sports a 6.67-inch IPS LCD panel that delivers a Full HD+ resolution and has an aspect ratio of 20:9. The display has a dual punch-hole design and supports a refresh rate of 120Hz.

In the on-screen punch-hole, a 20-megapixel selfie snapper accompanied by a 2-megapixel depth sensor is present.

The smartphone sports a quad-camera setup consisting of a Sony IMX686 64-megapixel primary sensor, an 8-megapixel ultrawide camera, a 5-megapixel macro lens, and a 2-megapixel depth assist lens on its rear panel.

On the inside, the Snapdragon 765G chipset powers the smartphone. It runs on the MIUI based on Android 10 OS, and it houses a 4,500mAh battery that supports 30W fast charging tech.

Presently, the company is yet to divulge any information on the Redmi K30 5G’s price and launch date in India.