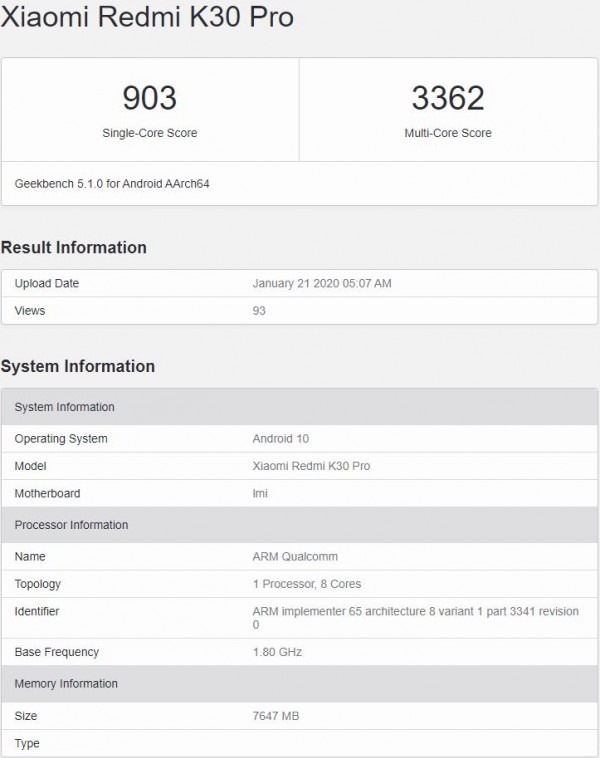 If you needed any persuasion that the Redmi K30 Pro is happening and that it will be a Snapdragon 865-equipped variant of the Redmi K30, you got it.

Xiaomi and Redmi have a populated roadmap of Snapdragon 865 devices on the way. On one hand you’ve got the K30 Pro arriving soon, then there’s the Poco F2 and finally there are the Xiaomi Mi 10 and Mi 10 Pro.

The China-based smartphone and a sub-brand owned by the Chinese electronics company Xiaomi which focuses only on entry-level and mid-range devices, while the main brand “Xiaomi” itself focuses on the upper-range and flagship Mi lineup. Redmi phones use the Xiaomi MIUI user interface on top of Android. Models can be divided into the entry-level Redmi phones with display usually up to 6″ and the mid-range Redmi Note series with displays exceeding 5″ and equipped with higher-end specifications.

Redmi K series are Android-based smartphones manufactured by Xiaomi and marketed under their Redmi sub brand. A rebranded version of the K30 was later announced for India as the Poco X2. The devices use an anodized aluminum frame and Gorilla Glass on the front and back like the K20. The pop-up camera has been replaced with dual front-facing cameras housed in a pill-shaped cutout, resembling the Galaxy S10+. At the rear, the camera protrusion is now a single unit surrounded by a circular accent, with a dual-LED flash below.

The Redmi K30 and Redmi K30 5G have been seen, There will be a Redmi K30 Pro with a Snapdragon 865 and 8 GB RAM, and today we have heard it will sport the Sony IMX686 sensor for the main camera. A trustworthy source from China said on his Weibo profile that the vertical setup of the cameras will be maintained, but the actual lenses and sensors will change positions. This imeans there will be few major difference in the internal infrastructure – we expect the Redmi K30 Pro to be a slightly more powerful handset that is going to be practically indistinguishable from the regular Redmi K30.