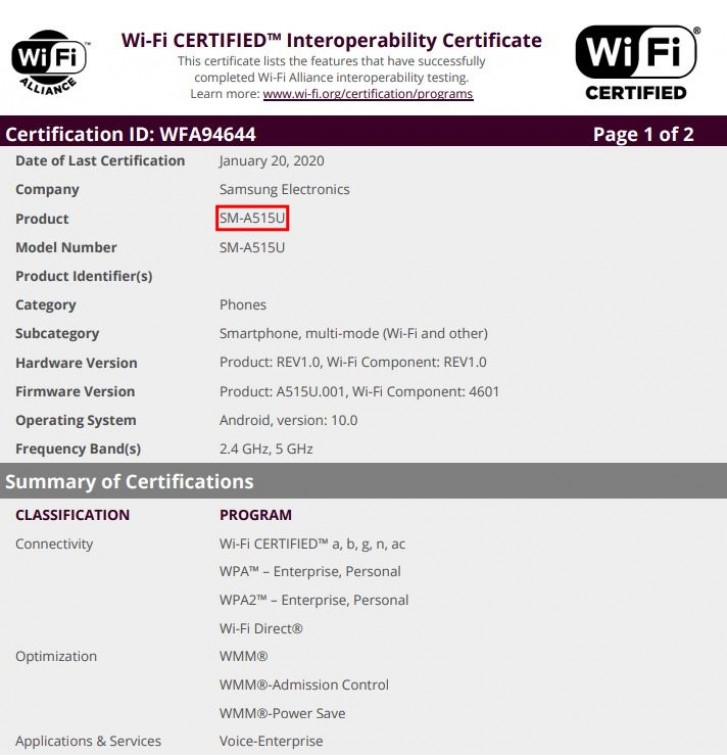 The Samsung Galaxy A51 has the tough task of succeeding the wildly successful Galaxy A50. The A50 was available across the globe and Samsung is keen to replicate this with its successor which will also make its way to multiple markets, including the US.

US Galaxy A51 Wi-Fi certification

A recent Wi-Fi Alliance certification revealed the A51 will make its way stateside. The certification shows the device will bear the SM-A515U model number and the “U” at the end denotes carrier-locked US devices. Further firmware leaks show the phone will be sold through AT&T, T-Mobile, Verizon and Sprint.

The Galaxy A51 is also rumored to come in a 5G version, which will debut in South Korea but could also roll to other regions later on.