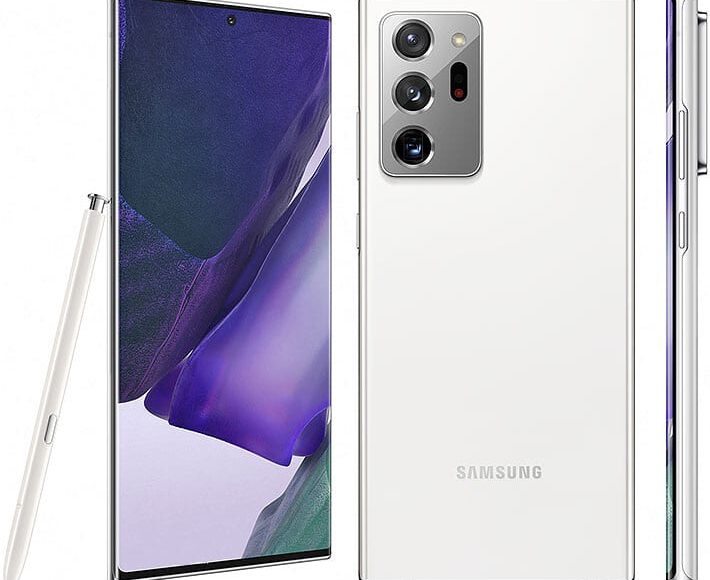 Samsung Galaxy Note 20 Ultra 5G is the 5G variant of the standard Galaxy Note 20 ultra. Basically, its the same smartphone. What makes the difference here is its 5G support. Aside from that, we have go the same design, build, display processor, battery etcetera. It is best suited for enthusiasts who desire the zenith of internet connection. 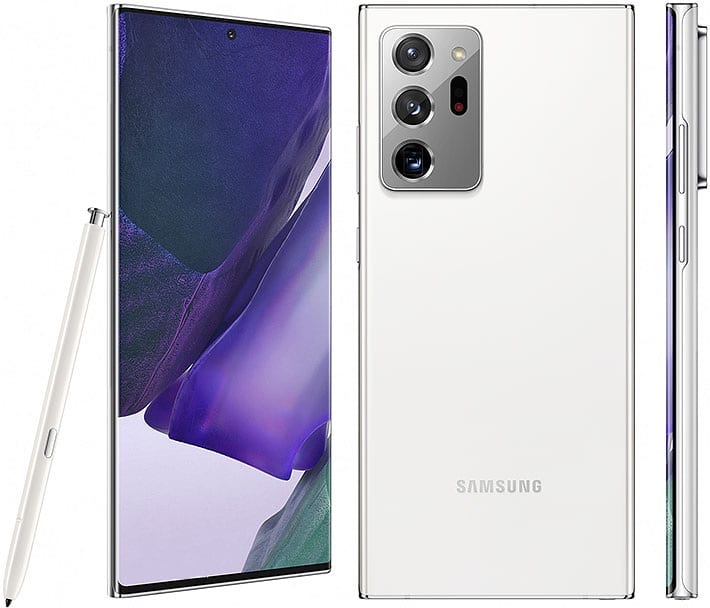 The Samsung Galaxy Note 20 ultra 5G bears the same design as its non 5G variant sibling. Both smartphones are identical. They   also have the same colour variants, which further makes it difficult to differentiate both smartphones.

On the rear, we have a camera bump housing a triple cameras and an LED flash. Here you will also find the Samsung branding which indicates its a Samsung smartphone.

Please note that enthusiasts will only be able to use  120Hz refresh rate feature when they switch to 1080p mode. Also the refresh drops below 120Hz when running apps that do not require as much frame rates.

You also get an IP68 rating for water and dust resistance. This device can survive in about 1.5m of water for about 30 minutes, which is sort of enough for you to retrive your device, in an event that it get submerged in water.

The S-Pen has over the years received series of upgrade, all of which were aimed to making it a better stylus befiting the Galaxy Note. This year samsung is taking things a bit up a notch.

The S-Pen on the Samsung Galaxy Note 20 ultra 5G offers 9ms latency, as opposed to the 42ms latency we had on previous versions.

This reduction in latency means inputs are going to be registered a lot faster, likened to an instant. Similar to the way we have it on the likes of the Apple Pencil on the Apple iPad Pro 12.9 2020.

The storage of the S-Pen was also shifted from the right side to the left. A development that is going to need a lot of mastering. Especially for those owned previous editions of the Galaxy Note.

The cameras on the Galaxy Note 20 utra 5G may be an upgrade of the Galaxy Note 10 plus, but they certainly aren’t new to Samsung’s lineup of smartphones. Honourbale mentions to the Samsung Galaxy S20 ultra 5G.

However, the RAM and storage varaints are uniform across the globe. We have 12GB of RAM 128GB , 256GB and 512GB of built-in storage options. We also have a non-removable 4300mAh Li-ion battery.

On the software side, we have the One UI 2.5 interface running on the Android 10 operating system.

Here are a few specs of the Samsung Galaxy Note 20 Ultra: