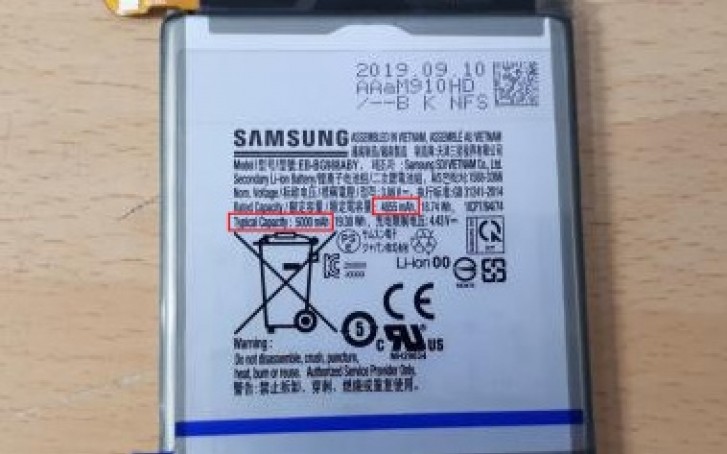 Taking a look at the image of the cell we see it has a minimal capacity of 4,855 mAh and a typical capacity of 5,000 mAh. This is among the highest rated batteries in Samsung’s smartphone lineup and is a solid step up from the S10+ and its 4,100 mAh unit.

The larger battery should fit in nicely for the S11+ as it’s rumored to come with a 6.9-inch Dynamic AMOLED panel with a 120Hz refresh rate. The rest of the spec sheet is believed to include the Snapdragon 865/Exynos 990 chipset, up to 12GB RAM and 512GB storage. The camera department will be headlined by a new 108MP main shooter and a 5x periscope zoom camera.