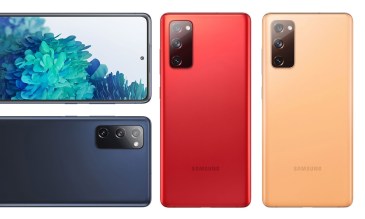 Blass has gone a step further by sharing an image that shows the various colour variants of the Samsung Galaxy S20 FE.

As seen in the image, the smartphone will be available in lots of bright and vibrant colours like red, white, light violet, mint, and dark blue.

Reports have it that the Samsung Galaxy S20 FE will arrive with either a 6.4-inch or a 6.5-inch S-AMOLED display. Rumours claim that the screen supports a 120Hz refresh rate.

On the front side, the phone will likely sport a 32-megapixel selfie snapper in the dedicated punch hole.

The Galaxy S20 FE will likely debut with up to 6GB of RAM, 128GB of storage, and a MicroSD card slot for additional storage.

The Snapdragon 865 mobile platform chipset may be the driving power of the phone. A 4,500mAh battery will back up the Galaxy S20 FE.

The phone would likely arrive in LTE and 5G connectivity options.

How to install GCam UltraCam 5.1 in all Android smartphones