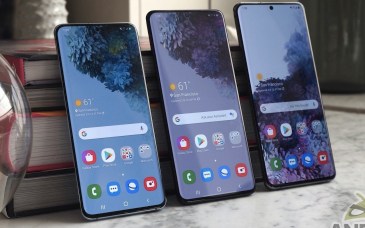 The unveiling event, which is themed Galaxy Unpacked 2021, is scheduled for January 14.

The information shared by the firm revealed nothing about the upcoming Galaxy S21 series – not even the monikers of the phones to be uncovered.

Following the announcement, many believe the firm would announce the much-anticipated Galaxy S21 series at the 2021 edition of the Galaxy Unpacked event.

Recall, the firm debuted the Galaxy S20 series early in 2020 so, Samsung is likely following the same trend for the S21 lineup.

Multiple reports have revealed that the upcoming flagship series from Samsung will carry the names Galaxy S21, Galaxy S21+, and Galaxy S21 Ultra.

However, the launch poster has revealed the camera module of the Galaxy S21. It mentioned that the rear camera housing is fused to the frame of the phone.

The S21 series would come with ultrasonic under-display fingerprint scanners and a high refresh rate of 120Hz.

The Galaxy S21 and S21+ would come with a triple rear camera setup consisting of a 12-megapixel primary shooter followed by a 12-megapixel ultrawide snapper, and a 64-megapixel telephoto sensor.

The Ultra variant will feature a quad-camera system on its back panel. The module would house a 108-megapixel primary sensor, a 12-megapixel ultrawide snapper, and a pair of 10-megapixel lenses.