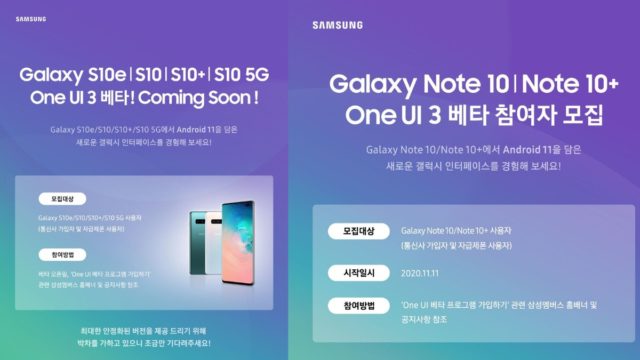 Samsung has decided to expand its One UI 3.0 public beta program to a list of devices including 2019’s flagships and Galaxy foldables, the company said in multiple community posts.

According to Samsung, a total of eight devices will soon be eligible to download the One UI 3.0 beta. These devices are;

Samsung hasn’t shared a specific roll-out date in the community post. However, given the speed at which it’s delivering One UI 3 updates to 2020 flagships, it’s best to assume the update will arrive in just a few days.

Interestingly, the news comes a few hours after Samsung released the One UI 3.0 third beta for the Galaxy S20 series and the Galaxy Note 20 series where it fixed a long list of bugs.

Samsung’s One UI 3 is the next big update to its custom Android skin. The update is based on the latest Android 11 and comes with massive new features and enhancements such as a revamped notification panel, improvements in the UI, Lock screen and Always On Display, new Android 11 features, and a lot more.

Once the One UI 3.0 beta is available for your Samsung Galaxy device, you can enroll in the One UI 3 beta program through the Samsung Members app.