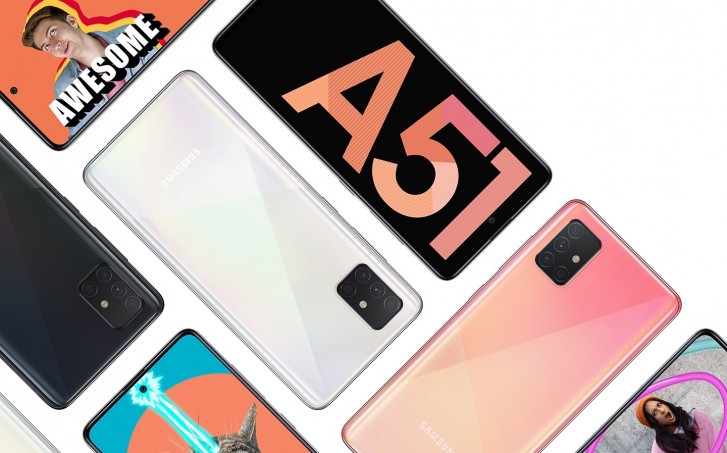 Samsung introduced the Galaxy A51 a few weeks ago and now the devices are reaching more and more markets. Now the phone is arriving in Europe, according to multiple press releases from various European divisions of Samsung. The price of the Samsung Galaxy A51 starts from €370, but it gets a bit more expensive if you want more memory.

Looking at the map of Europe, countries from all corners are getting the midranger – French customers can head to Amazon and other retailers. The phone with the L-shaped camera starts from €340 and goes to €410, depending on what version you select – 4/64 GB or 6/128 GB.

Dutch users can go at Belsimpel and select the best deal with a carrier or not. The 4/64 GB variant is discounted from €369 to €350, but there are plenty of payment options with Vodafone, Tele2 or T-mobile.

Eastern European fans of the Korean company should head to carriers because they seem to have better options. Telenor in Bulgaria offers the phone with no plan whatsoever for the equivalent of €430 for the 4/128 GB phone.

Samsung Galaxy A51 and Galaxy A71 prices leaks

As usual, prices will fall down in a few months time, so there is absolutely no rush getting the phone on launch day.

Samsung Galaxy A51 and Galaxy A71 availability

The Samsung Galaxy A51 and A71 were unveiled in December and originally launched in Vietnam. Now the company has announced the release date and price of the two phones for Europe, starting with the Netherlands.

The Samsung Galaxy A51 will be available at Dutch retailers and carriers by the end of this month. It will cost €370 and will come in Crush Black, Blue and White. France is also getting it by the end of January.

The new Google Pixel 4a and Pixel 4a XL appears, as one is listed with 5G chipset

Samsung Galaxy A51 and Galaxy A71 prices leaks