Showmax is gearing up to launch a new service called Showmax Pro. According to reports, Nigeria and Kenya will be the first two countries to gain access to the new service. The new service features existing Showmax entertainment channels alongside news, music channels, and live sport streaming from SuperSport. 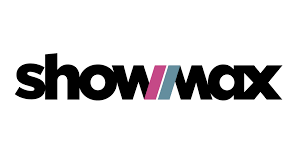 Showmax Pro will air all Premier League, Serie A, La Liga, and PSL games, as well as a wide range of other live sports events.

Originally, Showmax was launched in 2015 and has been available across sub-Saharan Africa since its conception.

About a year ago, Showmax began testing live-streaming of sports and the overall Showmax Pro service. The results from the tests led to the introduction of the service to Nigeria and Kenya.

CEO of Connected Video division of Multichoice, Niclas Ekdahl said, “the live sport test we ran on Showmax in Conjunction with SuperSport has been well received. So it’s forming an integral part of the new Showmax Pro service.”