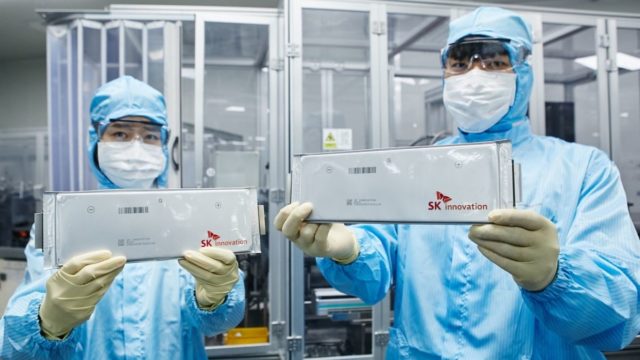 SK Innovation is reportedly developing new batteries that could do wonders for the EV industry. The company said it’s working on a technology that will allow electric cars to travel over 500 miles with just two 10-minute recharges.

According to sources, the company has reported zero battery fire incidents in the last 10 years. In 2010, the company began supplying the very first of its battery consignments. Since then, the battery manufacturer has had an excellent track record with no battery fire cases, which is quite an achievement.

Now, SK Innovation is focusing on making batteries that can charge as quickly as possible. The battery producer said,”...SK Innovation has been developing batteries that only require charging twice for 10 minutes each time to provide enough power for an EV to run from Seoul to Busan in a round trip (260 miles).”

This means with two 10-minute charges, it can travel around 520 miles. Moreover, the company said the development will be completed by the end of this year or the first half of 2021.

How Real is EV Batteries Real ?

It all sounds good and exciting for a battery to charge up to 500 miles in just 20 minutes. However, the claims are yet to be confirmed as the company has neither mentioned the size of the battery it’s talking about nor the charging infrastructure. Also, there are many hidden facts here that any EV enthusiast would like to know.

It would be better if we had more information like the rate of charging in terms of Wh/sec or the chemistry of cells.

The company also said that it successfully tested an electric vehicle to complete 1000 km (621 miles) on a single charge. However, this test was done under optimal conditions, and the real-world range would vary significantly.

Despite having limited information, we hope that SK Innovation will play a significant role in making EV batteries better.

How Long Does a Wire Transfer Take?