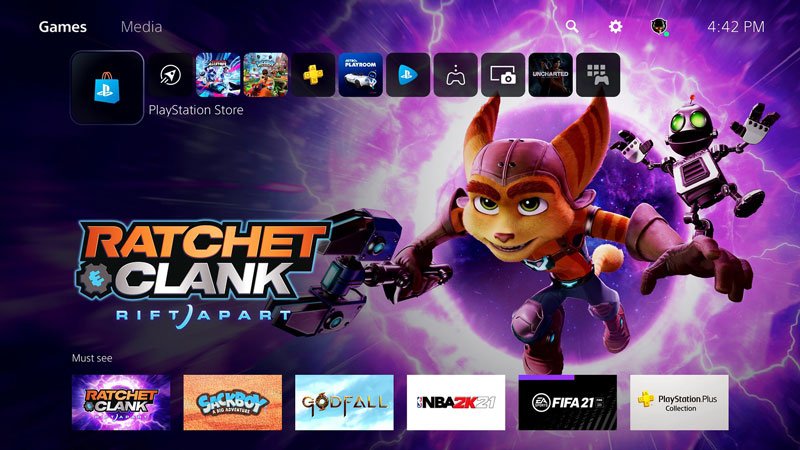 Sony finally showcased the PlayStation 5’s user interface in a special State of Play without prior announcement. According to Sony, the PlayStation 5’s UX is centered around the player and was “built from scratch to take advantage of the console’s capabilities complimenting the transformative games coming with this new generation.”

One of the newly introduced features is a Control Centre which comes on when the user presses the PlayStation button on the DualSense controller. Control Center lets a player access everything a player needs from the console’s system without quitting the game being played.

Built inside the Control Center is Activities which lets players access various gameplay key elements. New gameplay opportunities are showed in the Control Center via on-screen cards, thanks to the PS5’s console power players can quickly jump into different levels and challenges from a particular game. Activities have picture-in-picture mode so players can do everything described without quitting a game.

On the PlayStation 5’s home screen, games are grouped in a Game tab while other apps such as streaming apps are grouped under a Media tab. When players scroll down a game from the home screen, they will be able to see activities around the game, news and available DLCs. Sony explains some backwards compatible PS4 games will take advantage of this feature.

It’s easier to join parties more than ever and take screenshots. When players join parties, they can start talking immediately thanks to the DualSense’s in-built microphone or use the mute button on the controller or in menus. Screenshots can be taken in 4k with the Create button and shared immediately to connected social media or friends. Sony says the PS5 will warn the receiving party if a screenshot contains a game spoiler before opening.

The PlayStation 5 is no longer a standalone app and it’s now integrated with the console system. This allows player to find new games and apps easily.

Sony is also introducing an Explore tab on the home screen which keeps players in the loop with official updates from PlayStation and trending media from the community. This is currently being tested in the US and will not be available to everyone at launch.

Sony explains the UX is still in a pre-production environment and there may be some minor tweaks when the console launches in November.