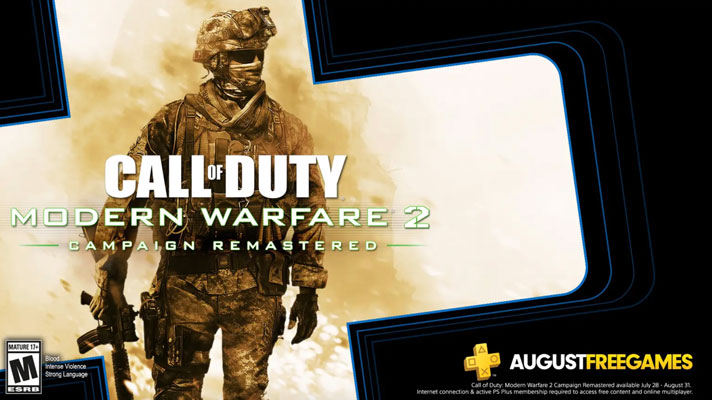 Sony is back again with its monthly free PS Plus Games and the lineup is a good one. July was a good one for PS Plus subscribers and it was also the 10th anniversary of PlayStation Plus, Sony made free three impressive games which included the popular NBA 2K20.

August’s lineup is made up of multiplayer fun game Fall Guys: Ultimate Knockout and the classic Call of Duty Modern Warfare 2 Campaign Remastered. The former will be available on PS4 from August 4th with PS Plus subscribers having launch day access to its online competitive free-for-alls and co-op challenges. Call of Duty will be available for download tomorrow July 28 through August 31.

Fall Guys: Ultumate Knockout is a new game making its PS4 debut August 4th. It’s a 60-person online multiplayer with free-for-alls and co-op challenges. The game is fun and very interesting to play.

The classic 2009 Modern Warfare 2 is back and better with its Campaign Remastered for the PS4. The single-player campaign is all-action like all COD campaigns. Engage in Cliffhanger, The Gulag and Whiskey Hotel missions as you once again join Soap, Price, Ghost and the rest of Task Force 141 in a globe-spanning fight to restore order to the world. This does not include Underwater Demo Team Classic Ghost Bundle.

July lineup is still available till August 3, Monday in case you are yet to add them to your library.

How to export WhatsApp Chats from iPhone to Android