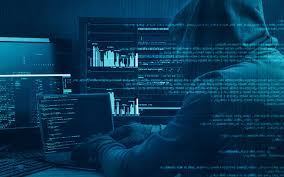 The outbreak of the coronavirus forced virtually all nations to enforce lock-down measures. Since then, the rate of cyber-crime has skyrocketed globally.

Many countries have recorded a significant increase in the number of cyberattacks on individuals and corporate bodies as well.

In Africa, Kenya is the most targeted country by cybercriminals. According to reports, it experiences the most cyber attacks.

Followed by Kenya is South Africa. It ranked as the second most affected nation by fraud. Now, after a thorough investigation by Evina, an anti-fraud company, results revealed that one out of every three mobile subscription attempts in South Africa is phoney.

The firm figured out that most users of South African cellular services opt-in for mobile services they know nothing about.

‘’As Africa’s most advance economy, it is unfortunate that South African mobile users fall victim to subscription frauds that are well managed in other countries,’’ says David Loft, CEO of Evina.

‘’Fraud is not taken as an important security issue that needs to be suppressed by various mobile payment firms operating in South Africa,’’ Loft added.

Evina has discovered that most South Africans are at risk from clickjacking, a basic mobile fraudulent activity.

‘’It’s no lie that fraudsters are everywhere, but they particularly find interest in South Africa. The solution to the problem at hand is not to cancel mobile subscription services but to employ better tools and expertise to manage the situation,’’ Loft concluded.