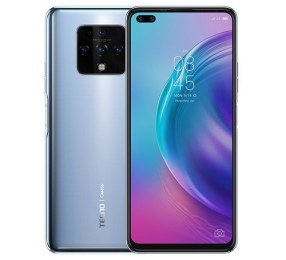 As earlier announced, the firm took the cover of the Tecno Camon 16 in India on October 10. The device arrived in the country as the cheapest phone to sport a 64-megapixel quad-camera system.

On the front side, the handset comes with a massive 6.8-inch display, which has a waterdrop notch design.

On the inside, the Helio G70 chipset powers the device. It features 4GB of RAM and 64GB of internal storage space.

For the lenses, the Camon 16 houses a Samsung RGB S5K3P9 16-megapixel camera, which has a dual flash, in the on-screen notch.

On the rear panel, it sports a quad-camera system. It consists of an OmniVision OV64B RGB 64-megapixel primary shooter followed by a 2-megapixel macro lens, a 2-megapixel depth sensor, and an AI lens.

The device comes pre-loaded with HiOS 7.0 based on Android 10 OS.

The Camon 16 sports a rear-mounted fingerprint scanner for unlocking the device. Out of the box, it arrives with a 5,000mAh battery, which supports 18W of charging through the MicroUSB port.

The Camon 16 arrived in India in two colour options such as purist blue and cloud white. It costs Rs 10,999 (~$149), and it will be available for purchase on Flipkart’s Big Billion Days sale.