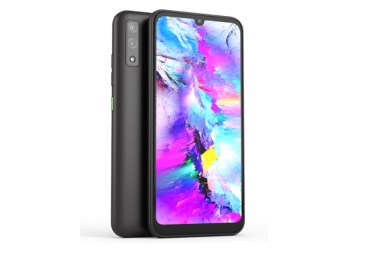 Apple and Google at some point unveiled some new products. At the respective launch events, both companies mentioned how most of the products are from recycled plastic and aluminium materials.

The move is part of their goal to reduce waste products littering the surface of the earth. Studies have shown that plastic materials constitute a larger percentage of waste products.

Following this, a smartphone manufacturing company – Teracube, has followed the footsteps of Apple and Google.

Regarding the specs, the Teracube 2e arrived with a 6.1-inch waterdrop notch HD display.

On the inside, the entry-level Helio A25 chipset powers the smartphone alongside 4GB of RAM and 64GB of internal storage.

The Teracube 2e houses an 8-megapixel selfie snapper in its on-screen punch-hole. On the backside, it packs a dual-camera system, which consists of a 13-megapixel lens and an 8-megapixel snapper.

On the connectivity aspect, it carries support for dual SIM, NFC, Bluetooth 5.0, dual-band Wi-Fi, and a USB-C port.

Other features of the smartphone include a rear-fitted fingerprint sensor, support for storage expansion, and face unlock feature.

The phone debuts with a 4,000mAh removable battery. However, the Teracube 2e will not arrive with a charging adapter, earphones, and charging cable. According to the company, those accessories are redundant accessories that most users possess already.

The device carries a 4-year warranty and comes in packaging box 50% smaller than the traditional phone box.

Currently, the Teracube 2e is available for crowdfunding on Indiegogo. According to the Indiegogo page, the phone’s box is produced using recycled paper.

Like all crowdfunding items, pricing varies. The super early bird deal allows you to pick up the phone for $99.