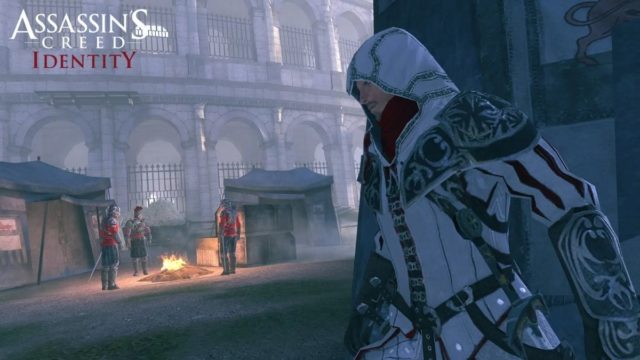 Of course, like the GTA games for mobile, all Assassin’s Creed games on our list might not be free. However, the small price you pay is completely worth it if you want to experience Assassin’s Creed games’ amazing gameplay on your mobile. So, without any further ado, let’s get started with our list.

What’s more, is that you can choose between different classes of Assassins, i.e., Berserker, Shadow Blade, Trickster, and Thief. Also, you can customize the outfits and weapons of your Assassin using the loot.

Assassin’s Creed Rebellion is the latest mobile game by Ubisoft Entertainment for mobile devices. The game was launched in 2018 and instantly grabbed the attention of Assassin’s Creed fanatics. The unique action-adventure RPG offers a fun and unique gameplay experience. The characters and movements in the game will make you feel like you’re in the LEGO world.

AC Pirates was released back in 2015 with elements from Assassin’s Creed IV. As the title dictates, in Assassin’s Creed Pirates, you play as Alonzo Batilla, the most feared pirate in the Caribbean sea. The story of this adventure game is unique, and it takes you about 50 missions to complete the entire storyline.

In Assassin’s Creed Pirates, players go through numerous naval battles against other pirates. Also, you’ll get to recruit members for your crew and upgrade different parts of your ship. So, if you’re in search of a decent Assassin’s Creed game for mobile, then maybe you should try this one.

Unfortunately, for some reason, Assassin’s Creed Pirates is removed from Google Play Store. However, you can still install the game on your Android device using the APK link.

Unlike other Assassin’s Creed games on our list, Assassin’s Creed Unity: Arno’s Chronicle is a Java game. Obviously, the game isn’t available on Google Play Store; however, you can easily find the APK link on Google.

The graphics of Arno’s chronicle doesn’t compare with mobile games of 2020, but it does offer fun gameplay. In Assassin’s Creed Unity: Arno’s Chronicle, there are 20 different levels, which are unique and contain different gameplay elements. Players can make use of Stealth and amazing gadgets to complete each level, which also consists of balloon fights. In short, if you’re a fan of Java games, then maybe you shouldn’t miss out on Assassin’s Creed Unity: Arno’s Chronicle.

Assassin’s Creed Bloodline is one of the best games you can play on your mobile device. However, the game can only be played on Android through a PPSSPP Emulator. That’s because the game isn’t officially available on Android devices. Nevertheless, finding the PPSSPP Emulator is quite easy; all you need is a quick Google search. After downloading the Emulator, you will have to extract the PSP ISO file for Assassin’s Creed Bloodlines.