U. S Gaming Industry Breaks Record – Among Us 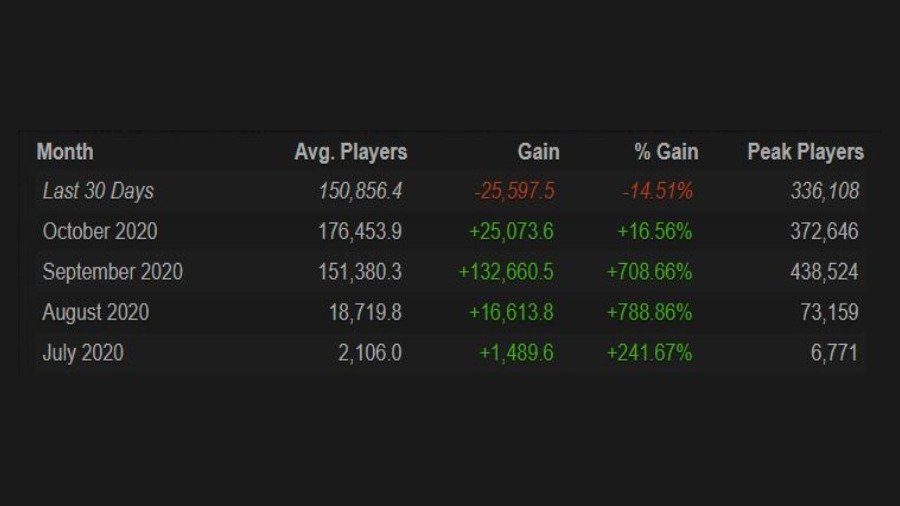 Among Us, this year’s breakout game is taking over the online gaming community at an astonishing rate. It became the seventh most played game in the U.S. during Q3 2020, which spans from July to September.

The social deduction game from InnerSloth experienced its first boom in peak player-count between July and August. The playerbase instantly grew from 6771 players to a whopping 73,159 players on PC (Steam).

In case you didn’t know, Among Us is a 2018 online multiplayer game that rose in popularity this year after several Twitch streamers started playing it. The game’s unique take on social deduction gameplay mechanics is one of its most appealing aspects.

Among Us Sees Astronomical Growth

According to market analysis experts at NPD Group, Among Us witnessed tremendous growth in its userbase during the third quarter (July-September) of 2020. Games such as NBA 2K21, Animal Crossing: New Horizons, and Tony Hawk’s Pro Skater 1+2 had a strong Q3 as well.

Moreover, this period was also important for the overall gaming industry as it saw the highest amount spent on games in U.S. history. This could be linked to people staying inside instead of going out due to the ongoing pandemic.

Since the beginning of Q4 in October, Among Us has touched 300K+ players on PC alone, as per SteamCharts. So, it is expected that the game will continue to grow through the end of the year.

As for the gaming industry, “We can anticipate another record-breaking quarter in Q4, in large part due to PlayStation 5 and Xbox Series consoles entering the market,” Piscatella predicts.

Sponsored: How to Earn FIRST  DEGREE Within “7 MONTHS” in UNIVERSITY OF SOUTH WALES, UK.