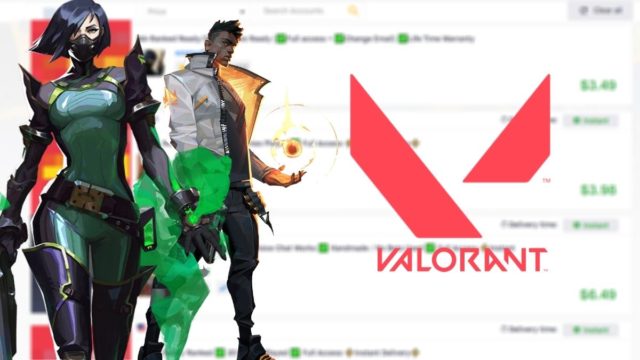 Valorant is one of those games in which climbing ranks takes a lot of efforts and skills. It might take about a year for new FPS players to reach Gold/Platinum from Iron; that is if they are fully dedicated to the game. However, despite being stuck on Iron or Bronze, there are ways for the players to advance towards higher ranks.

a Reddit user who goes by the name ‘Devilishola’ addressed this problem through a post. The user confirmed that he is at Immortal rank, and in an unfortunate match, the player “got held hostage with a 1 Kill and 25 death Jett.” According to the player, that teammate sabotaged the entire match by giving away everyone’s location to the enemies.

According to the Reddit user, that particular player didn’t care about the match because he bought the Immortal account for “a price less than a skin bundle.”

Smurfing In Valorant Has Become A Lot Easier

In a competitive video game, like Valorant, smurfing is a huge problem. At low ranks (Bronze/Iron), players often find smurfs in 75% of matches.

Players have to go through 20 Unrated matches to play Ranked on their smurf account, which sounds time-consuming. So, you may think these players would eventually get tired of playing the unrated matches each time they create a smurf account. Well, the truth is, you won’t get rid of smurfs in Valorant as long as websites like these keep selling smurf accounts for almost every rank.

What’s worse is that these websites are openly buying/selling Valorant accounts. In short, you need a simple Google search to find these websites. So, it’s hard to assume that Riot isn’t aware of this practice in Valorant.

The simple solution for this problem could be two-factor authentication, which might also reduce smurfs in general. However, for some reason, the video game developer chooses to ignore the problem.

AEW partners with Yuke to bring an Untitled Video game