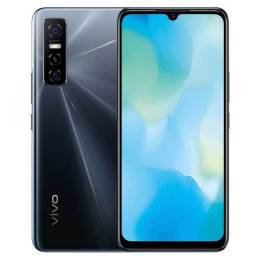 Vivo announced the Vivo S7 5G smartphone few months back. The handset happens to be a selfie-focused device that features an autofocus-ready 44-megapixel dual selfie snapper.

The Chinese smartphone manufacturer has rebranded the phone and released it into other Asian markets as the Vivo V20 Pro 5G.

Meanwhile, a Chinese tipster revealed some specifications and the render of the Vivo S7e 5G ahead of its launch.

The leak mentions that the Vivo S7e 5G will arrive as the Vivo V2031EA smartphone that appeared on TEENA sometime last week.

The Vivo S7e 5G comes with a 32-megapixel camera in its on-screen punch hole.

On the backside, the Vivo S7e 5G packs a triple camera system that consists of a 64-megapixel primary sensor, a secondary 8-megapixel lens, and a 2-megapixel shooter.

Further, the leak mentioned that the Vivo S7e 5G would come with the MediaTek powered Dimensity 720 chipset, which includes an octa-core processor that clocks at 2.4GHz.

Also, the TEENA listing of the device mentioned that it features an under-display fingerprint scanner. It features Android 10 OS.

Presently, the pricing details of the Vivo S7e 5G remains a mystery, but it may debut as the cheapest 5G-ready device from the company.