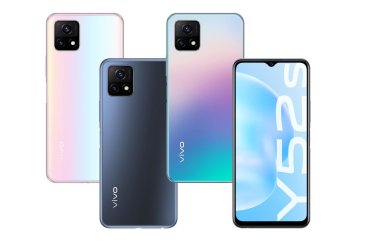 Vivo Y52s appeared on a China Telecom listing. The listing didn’t contain information about the phone’s launch, surprisingly, the smartphone has rolled out in China .

The Vivo Y52s arrived as the second smartphone from the brand to feature the Dimensity 720 chipset after the Vivo Y73s that came in October.

The major highlights of the new Vivo handset include a large display, top-notch camera system, and a big battery.

Specifications and Features of the Vivo Y52s

As stated earlier, the Dimensity 720 SoC powers the all-new Vivo Y52s smartphone. The processor comes with 6GB / 8GB of LPDDR4x RAM and 128GB of UFS 2.1 storage.

For the lenses, the Vivo Y52s houses an 8-megapixel front-facing camera in its on-screen notch. On the backside, the handset has a dual-camera system that consists of a 48-megapixel primary camera and a 2-megapixel depths sensor.

The handset will arrive pre-installed with the FunTouch OS 10.5 based on the Android 10 OS. It houses a 5,000mAh battery that supports 18W fast charging tech, and it features a rear-mounted fingerprint scanner.

The Vivo Y52s supports the usual connectivity features and face unlock for security.

Pricing and Availability of the Vivo Y52s

The Vivo Y52s is available in colour options like titanium grey, coral sea, and monet.