The year is already running to an end, and it seems many smartphone manufactures have the plan to launch at least one more device before calling it a year.

In that vein, reports have it that Vivo has a mid-range smartphone in the works. The handset, which is named Vivo Y52s, has surfaced in China Telecom’s product library, and this suggests that the arrival of the device is near.

The information from China Telecom reveals that its model number is V2057A. Meanwhile, not too long ago, the smartphone surfaced on some Chinese certification platforms like TEENA and 3C. 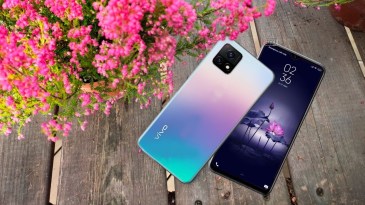 However, the TEENA listing of the Vivo Y52 is yet to disclose any of its specifications, but China Telecom’s listing of the handset mentions that it will arrive on December 10.

The listing further states that it would arrive in colour variants such as sea colour, monet, and, titanium grey at a price tag of 1,998 Yuan (~$305).

Specifications of the Vivo Y52s

The Vivo Y52s comes with a 6.58-inch IPS LCD screen with a waterdrop notch design. It’s not yet clear whether the display supports Full HD+ resolution of 1080 x 2408 pixels, but with time, we’ll get to know.

In the notch, the Vivo Y52s houses an 8-megapixel snapper for making video calls and taking selfie pictures.

The rear side camera is dual-camera setup sheltered in a rectangular module. It consists of a 48-megapixel primary lens followed by a 2-megapixel shooter and an LED flash unit.

Under the hood, the MediaTek-powered Dimensity 720 chipset that supports 5G connectivity fuels the Vivo Y52s. The chipset gets supports from 8GB of RAM. The phone debuts with an internal storage capacity of 128GB.

Recall, last month, a Vivo device with model number V2054A got certified by TEENA. Surprisingly, the specifications and features of the phone – except for camera configurations – are similar to the Vivo Y52s.

Therefore, it seems the Vivo Y52s will debut as a network variant of the V2054A smartphone.

How to create a Microsoft account – Best and Safe Guide