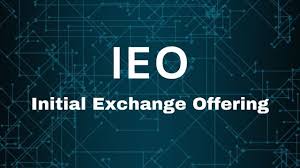 An initial DEX offering -IDO is a fundraising approach that pools investment capital from retail investors. The IDO was created to compensate for the shortcomings of the “traditional” ICO crypto crowdfunding model. Because an IDO works with a DEX, as opposed to a centralized exchange, DEXs can be thought of as decentralized liquidity exchanges.

An initial DEX offering also known as IDO, is a new and exciting type of decentralized and permissionless crowdfunding platform, which is opening up a new way of fundraising in the crypto space.

Difference between ICO, IEO and IDO

ICO’s are the crypto-fied version of an Initial Public Offering (IPO) or when a private company offers public stock to raise funds. Say you’re a landlord with a three-story building. You live in two stories, but rent is expensive, so you offer a third story, or “part” of your ownership, to make ends meet. An IPO is like that but on a significantly larger scale.

An ICO is simpler than IPOs, however, as they avoid regulatory pains associated with the traditional business world. Instead of selling company shares, crypto projects fundraise by selling coins. Depending on the project, coins may mean you have voting power or can stake in the network as it grows. For visionaries, this non-discriminatory approach is great! Anyone can hold an ICO without licenses and fund their wildest developments.

However, the unregulated space brings some risk. Most ICOs have private, early funding rounds which attract rich investors. They get in at a price, and once the offering goes public, they will sell and potentially crash the token price. Also, ICO can lack some transparency when it comes to token distribution. Therefore after the 2017 ICO craze many countries have put in place restrictive measures to limit such practice.

After ICOs faded, the Initial Exchange Offering became popular due to its lack of risk on the user’s part. Instead of simply holding a fundraiser, an IEO sees projects launching their asset on an existing exchange. Since exchanges have a reputation to uphold, they’re likely to audit a project and ensure its legitimacy. If deemed legitimate, an exchange will hold a token pre-sale. Investors can buy and hold the token for a set period of time but cannot trade it until the event ends.

Imagine having a product to sell, but you’re having a hard time convincing potential customers of its worth. So you hire a popular distributor, like Amazon, to examine your offering and validate its existence while auditing its pros and cons. If Amazon likes it, they’ll list your product to its massive audience of users, allowing some to pre-order it ahead of time. Of course, Amazon will take a cut of each sale, but you’re provided an audience that trusts the platform.

Unfortunately for developers, exchanges have fees and limit user investments, which isn’t ideal for big investors! Also, the centralized nature of IEOs means some projects simply won’t cut it, gate-keeping the industry and its developers. Moreover, an exchange can still hold poor due diligence.

However, IEOs streamline the investment process, as users can simply buy on the exchange they already use. Plus, this provides a guaranteed liquidity from the project’s standpoint, assuming it’s successful.

An Initial Dex Offering is like an IEO but with more freedom.. Instead of fundraising on a typical crypto exchange, IDOs launch on a decentralized one. Decentralization provides immediate and fair trading for investors and automatic liquidity for the project. Developers aren’t waiting for a pre-sale’s end to access funds like with an IEO.

Back to the Amazon example – remember how Amazon must audit your product before it lists? Think of an automated and transparent platform that anyone can list on, requiring customers to do due diligence and avoid scams. This is great for you, as you can list any product without restrictions. Plus, any funds are available to you instantly, meaning you can constantly improve your product as it sells.