What you should know about AirPods,TWS earphones before use 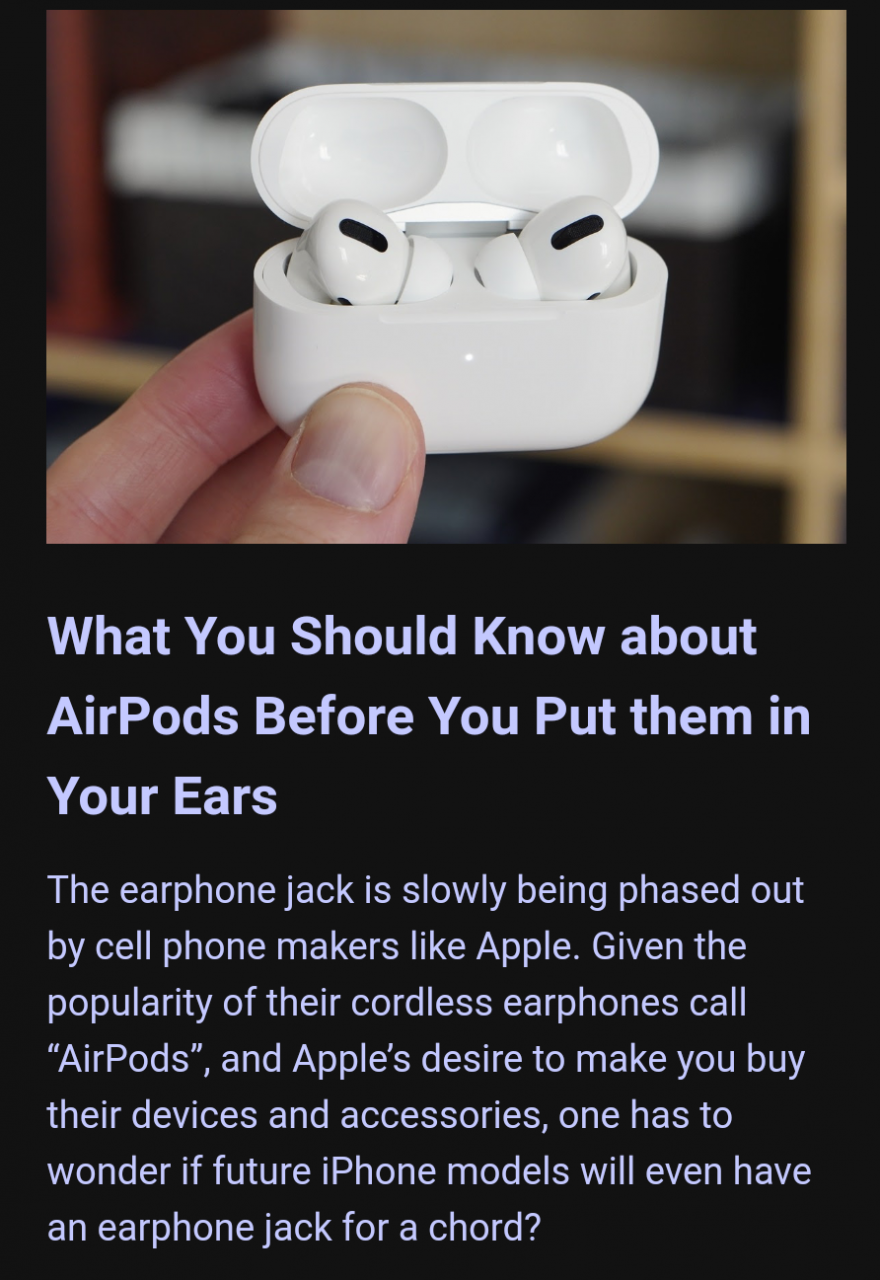 AirPods are wireless Bluetooth earbuds created by Apple. They were first released on December 13, 2016 and are sold alongside the premium AirPods Pro, it feature a built-in microphone that filters out background noise, which allows taking phone calls and talking to Apple’s digital assistant, Siri.

The earphone jack is slowly being phased out by cell phone makers like Apple.  Given the popularity of their cordless earphones called “AirPods”, and Apple’s desire to make you buy their devices and accessories, one has to wonder if future iPhone models will even have an earphone jack for a chord?  We must assume other manufacturers like Samsung will eventually follow with their own version of cordless earphones that only work on their devices (and you must buy them if you want to listen to music). While many seem to be cheering on this technological movement, the truth is many medical experts are not.

Since the inception of cell phones there has been a discussion about the radiation and electromagnetic forces we are being exposed to.  The latest expert to reignite the debate is Dr. Jerry Phillips, professor of biochemistry at the University of Colorado, Colorado Springs.   He says, “My concern for AirPods is that their placement in the ear canal exposes tissues in the head to relatively high levels of radio frequency radiation”.  Dr. Phillips ads that there is abundant evidence that “indicates potential concerns for human health and development from all technologies that operate at radio frequencies”.  Bluetooth, for example, uses radio waves in the 2.4-2.48 GHz frequency range.  This range is also used by microwaves, cell phones, wi-fi and other devices.