WhatsApp is seen testing as many as 138 new emojis. The latest change is a part of WhatsApp version 2.20.197.6 beta for Android. It comes just days after WhatsApp rolled out animated stickers to both Android and iPhone users. Animated sticker packs are available alongside the regular sticker packs and are provided to deliver an enhanced communication experience. Emojis and stickers are amongst the key elements on WhatsApp that have been used to express feelings and emotions as well as to entertain recipients on the platform.

The new emojis on WhatsApp are slightly different from what are already there for Android users. This means that you wouldn’t be able to notice much difference at first glance. Having said that, there are changes including new colour tones of clothes, hairstyles, and skin tones in some of the new emojis. 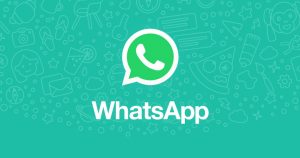 WhatsApp has made slight changes to its new emojis over what you already have on your device
Photo Credit: WABetaInfo

WhatsApp beta tracker WABetaInfo first reported the arrival of the latest emojis on the WhatsApp version 2.20.197.6 beta for Android. However, you can also take a look at the new change by downloading the latest version after joining the Google Play Beta programme. You can alternatively download its APK file from APK Mirror. The new emojis are yet to be provided to the public release of WhatsApp for Android, though.

Earlier this week, WhatsApp was spotted developing an “Mute Always” option to let users put notifications from a particular chat or group on silent for the lifetime. The instant messaging app was also seen bringing the anticipated “Expiring messages” (aka disappearing or ephemeral messages) feature.