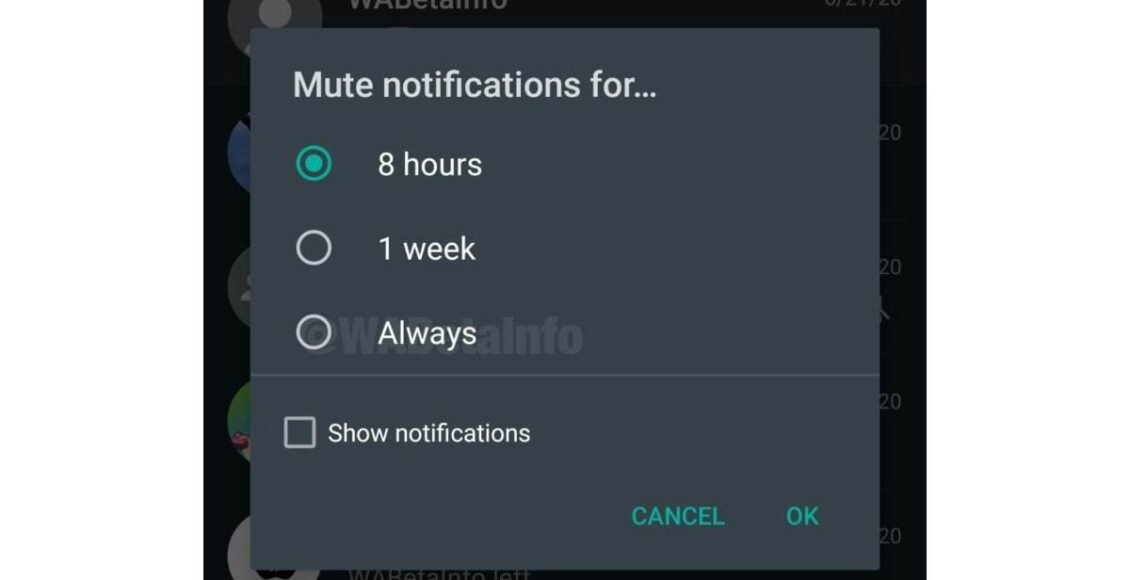 WhatsApp seems to be working to enhance the mute notification functionality on its platform by bringing a “Mute Always” option.

This would help you put notifications from a particular chat or group on mute for the lifetime. In addition to the Mute Always option, WhatsApp appears to be inching closer to add an “Expiring messages” (aka disappearing or ephemeral messages) feature that would allow users to make new messages disappear in a chat after seven days. The feature was originally spotted in March along with options to let users decide for how long they want their messages to be available before they disappear completely.

One of the latest versions of WhatsApp beta for Android (version 2.20.197.3) includes references about the Mute Always option, reports WhatsApp beta tracker WABetaInfo. The new addition replaces the existing “1 year” option with Always to let you keep notifications from a chat or group silent permanently. This is likely to help some users who’re annoyed by keeping notifications blocked from a user or group.

WhatsApp Vulnerability: how the desktop app gives access to attackers

It is important to note that even after permanently muting notifications from a particular contact or group by selecting the Always option, you would continue to see new messages you’ve received from that account or group on your WhatsApp.

Apart from the Mute Always option, WABetaInfo has found some new references of the Expiring messages feature in the WhatsApp beta for Android version 2.20.197.4. A screenshot shared by WABetaInfo suggests that the feature could let you make new messages disappear from a chat after seven days. 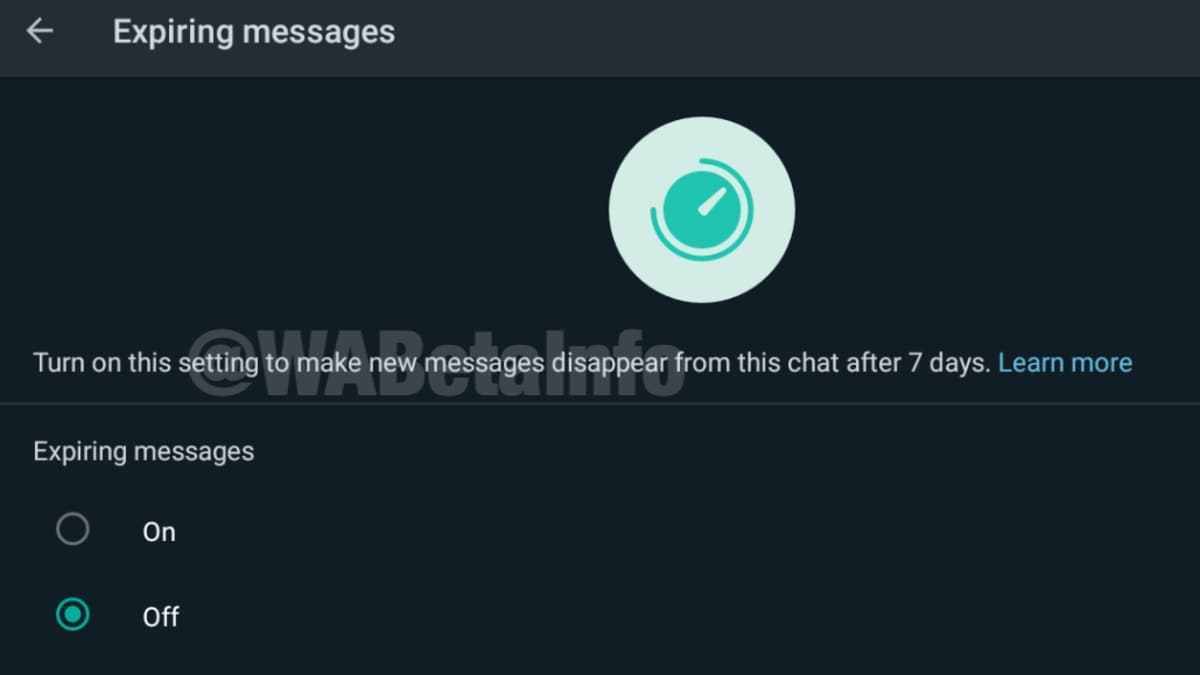 This isn’t the first time when we’re seeing WhatsApp developing a self-destructing messaging experience. To reiterate, the feature initially surfaced in March as a disappearing messaging option. Some references around its existence were also noticed in an earlier WhatsApp beta version a few weeks after its initial glimpse.

The Expiring messaging feature would be available for both individual and group chats. It is likely to be tested among beta testers in the coming days and then reach its public debut stage.

WhatsApp Vulnerability: how the desktop app gives access to attackers