Why Microsoft Surface Laptops Does not Have Physical Camera Shutter 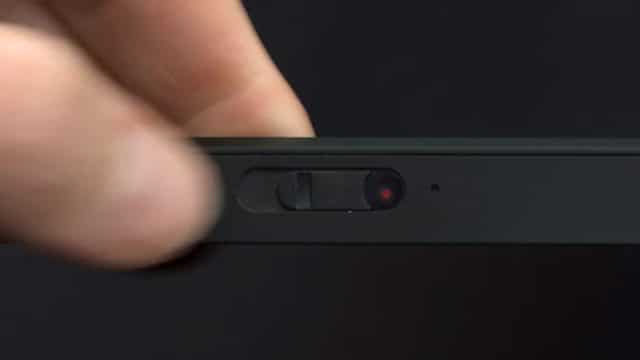 To safeguard the privacy and security of the users, some PC manufacturers now use physical laptop camera shutters and manual kill switches to disable the camera when it’s not in use. A known example of this is Lenovo’s ThinkShutter.

However, that’s not the case with Microsoft Surface PCs that feature a white LED indicator light. If you want to know why, Microsoft has a proper explanation.

Microsoft’s Stevie Bathiche told PC World that it was a design choice that the company made because the camera and the LED light are (theoretically) disconnected from the rest of the system, which increases the level of security.

“The light is not software-controlled. The light is controlled by the camera itself, which is detached from the system, which means if that light’s on, it’s sending data, period,” he said.

Baitche is a Technical Fellow and an Applied Sciences Group lead at Microsoft. He further claimed that “it’s impossible for that camera to be on, without that light being on.”

The LED light might be a good indicator, but it just tells whether the webcam is running or not; uninvited guests could arrive anyway because nothing is unhackable after all.

In that case, you might resort to a cheap webcam cover that slides over the camera when leaving the PC alone with the lid open. If you want to save more money, get off your couch, and find that roll of tape lying around in your house.

Webcams are more important than anything else these days. Many of us are using them to be in touch with our friends and family, and also for work-related video conference sessions while working from home. But, we should use them with caution.

Another useful component that could become a privacy nightmare is the microphone. While some laptops have dedicated buttons to disconnect the mic, Microsoft is relying on the mic icon that appears in the Windows 10 notifications area when it is in use.