Xiaomi officially launched the Youth Edition of the Xiaomi Mi 10 smartphone in China in April. This variant of the Mi 10 series arrived carrying a starting price tag of 2,099 Yuan (~$321).

Xiaomi announced the device in multiple configurations and colour choices, and the prices differ for each variant.

However, today, the Chinese smartphone manufacturer announced a price slash on all models of the Xiaomi Mi Youth Edition. 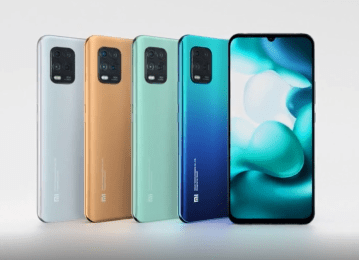 According to Xiaomi, starting today, all variants of the phone would sell for 200 Yuan (~$30) less than the original price in its home country.

Not to forget, the Xiaomi Mi 10 Youth Edition sports an FHD+ 6.57-inch AMOLED panel that has a waterdrop notch design and an under-display fingerprint scanner.

The Snapdragon 765G chipset drives the handset, and it boots to the MIUI 12 based on Android 10 OS.

For photography, the Mi 10 Youth Edition has a 16-megapixel front-facing camera and a rear quad-camera system, which consists of a 48-megapixel primary shooter followed by an ultrawide 8-megapixel lens, an 8-megapixel telephoto lens, and a 2-megapixel macro camera.