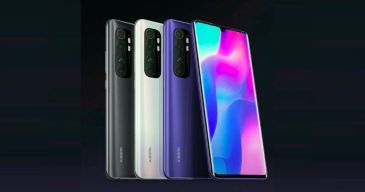 After the official launch of the Xiaomi Mi 10, the Chinese brand has been unveiling other new smartphones belonging to the Mi 10 series.

Recently, a few reports have revealed that the firm may announce a new smartphone under the Mi 10 series.

The reports further mention that the handset, which may arrive as Xiaomi Mi 10i, will launch in India soon.

Though the name of the phone is new, speculations believe that the phone may arrive as a revamp of the Redmi Note 9 Pro 5G that debuted in China last month.

Interestingly, the upcoming Xiaomi Mi 10i surfaced on Geekbench with the model number M2007J17I. Its appearance on the benchmarking platform suggests that the company may launch the device soon, hence the tests.

The name ‘’Xiaomi Mi 10i’’ was not stated explicitly in the Geekbench listing, but the model number M2007J17I was present in the publication.

The phone is codenamed ‘’gauguinpro’’, which shows that it is the Indian variant of the Redmi Note 9 Pro 5G.

Most likely, the Snapdragon 750G chipset with a base frequency of 1.80GHz, would drive the upcoming Mi 10 series phone.

The phone will arrive with the Android 10 OS, and the chipset will come with 8GB of RAM.

In the single-core and multi-core test, the Xiaomi Mi 10i gathered 652 points and 2004 points respectively.

It may feature a 16-megapixel front-facing camera and a 108-megapixel quad-camera setup.

Gionee K30 Pro Arrives in China with 8GB of RAM, and a 4,000mAh Battery Capacity