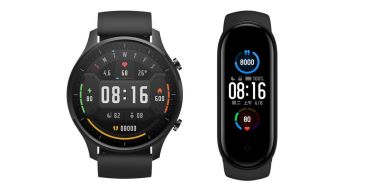 Xiaomi announced its India launch event where it would be unveiling a couple of smart devices and products recently. The launch event is to hold tomorrow, which is September 29.

According to rumours, Xiaomi is planning to take the cover off at least three new devices at the launch event. They include the Mi Watch Revolve, the Mi Watch Band 5, and the Mi Smart AI Speaker.

ahead of the official launch, a reliable tipster, Ishan Agarwal, has shared the pricing details of these smart devices.

Further, he speculated that it is likely that the retailer sells each of these products lesser than the earlier stated prices.

The Xiaomi smart wearable features an AMOLED 1.1-inch colour display. It carries support for magnetic charging, and it houses a 125mAh battery, which promises a 14-day battery life.

Furthermore, the watch has support for optical heart rate sensor and Bluetooth 5.0 connectivity.

The Mi Watch Revolve has a round-shaped 1.38-inch AMOLED screen. Unlike the Mi Band 5, it features NFC connectivity.

The smart device has support for Bluetooth 5.0, offers the user with up to 50ATM water resistance, and houses a larger 420mAh battery, which means extended battery life.

Watch GT 2 Pro to be the first smartwatch to equip Hongmeng OS, as it’s set for…