Zoom is not a secured Platform, Indian Government warns 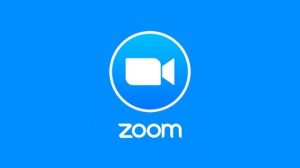 That success was short-lived as the app was found sending data to Facebook initially and was, later, affected by a host of security issues that marred its growth.

April 16, 2020, the Ministry of Home Affairs of India released a rather lengthy (2-page long) advisory citing the security issues found in the app. The advisory was issued for individuals and not for corporates, which tells a lot about the gravity of the situation.

As per the advisory, “Zoom is not a safe platform,” and it is “not for use by government offices/officials for official purpose.”

MHA issues advisory, says Zoom not secure video conferencing platform for private individuals. Mentions guidelines for those who still want to use it. 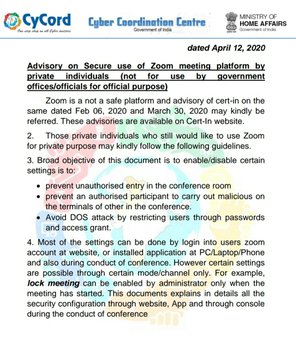 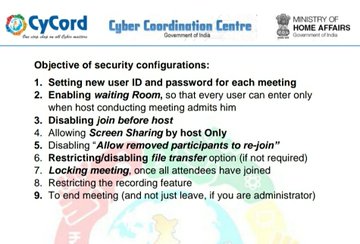 314 people are talking about this

The advisory also enlists certain settings that could be tweaked to evade any possible security lapse for those who still want to use the Zoom video conference app for private purposes.

It contains certain security configurations and precautionary measures like setting new UserID and Password for each meeting to ensure safe usage of the software, allowing screen sharing by host only, restricting the recording feature and more.

It was revealed that two critical zero-day exploits of Zoom are being sold by hackers for as much as $500,000. With the increasing issues pertaining to Zoom’s security, the guidelines would resonate the message that Zoom isn’t safe for use even by private individuals.