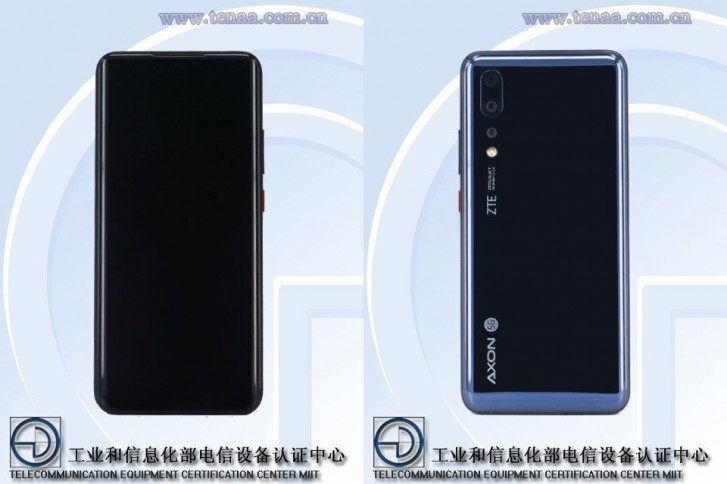 ZTE revealed the Axon 10s Pro will look like the Axon 10 Pro from the outside, but a major change on the inside is incoming. Its TENAA papers were just published confirming the phone will be powered by the Snapdragon 865 chipset with the Snapdragon X55 modem, enabling support for 5G connectivity on the flagship.

The company kept silent on any eventual launch, but the handset’s appearance on the regulator’s website suggests it is already being prepared to be released on the market.

Images on TENAA confirm once again what is already official – the Axon 10s Pro 5G will have a 6.47” screen with a waterdrop notch for the selfie camera and likely an under-display FP scanner, just like its predecessor.

The phone has the model number ZTE A2020 SP and will have a 3,900 mAh battery minimum capacity, which is likely to have a typical rating of 4,000 mAh (the number manufacturers normally advertise). The dimensions of the handset are exactly the same as the Axon 10 Pro, but ZTE ensured there will be new, improved software, including no less than six boosters, all wrapped up under the name Z-Booster 2.0.