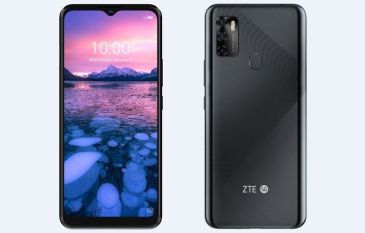 TEENA recently approved the ZTE 8021N smartphone. The smartphone’s listing reveals the entire specifications of the phone alongside some of its pictures.

And now, a new listing of a device called ZTE Blade 20 5G has appeared in the product library of China telecom.

According to the listing, the ZTE Blade 20 5G will come with a 6.52-inch screen with a waterdrop notch. The TEENA listing suggests that the display on the phone may be an LCD panel that supports HD+ resolution.

Further, the publications mentioned that the phone would feature the Dimensity 720 chipset alongside 6GB of RAM.

Out of the box, the Blade 20 5G will arrive with 128GB of native storage, and it will come with Android 10 OS.

The ZTE Blade 20 5G will house an 8-megapixel selfie snapper in its on-screen notch.

On the rear panel, the Blade 20 5G would pack a 16-megapixel + 8-megapixel + 2-megapixel triple camera setup on its back panel.

For security, the ZTE Blade 20 5G has a rear-fitted fingerprint reader. The battery rating of the device remains a mystery.

The release date of the ZTE Blade 20 5G was earlier scheduled for October 30. Since the date has passed, the phone may likely debut before the half of November.

The listing mentions that the phone will arrive in China with a price tag of 1,699 Yuan (~$254). Interested customers have the option to purchase the ZTE Blade 20 5G in colour editions like jazz grey and light blue mint.