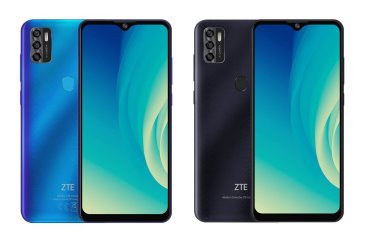 The phone is powered by the Unisoc SC9863Av chipset, which features a 1.6Hz octa-core processor.

The ZTE Blade A7s 2020 comes with 3GB of RAM and 64GB of internal storage space. It features a hybrid SIM slot, which serves as a microSD card slot for storage expansion.

For backup, the ZTE Blade A7s 2020 houses a 4,000mAh battery that supports only 10W charging, and it is pre-loaded with the Android 10 Operating System.

On the front side, the handset shelters an 8-megapixel selfie snapper in its on-screen notch.

It packs a triple camera system comprised of a 16-megapixel primary lens followed by an ultrawide 8-megapixel shooter with a 120° Field-of-View, and a 2-megapixel depth camera on its back panel.

The Blade A7s 2020 arrived in Germany in two colour editions such as ocean blue and star black.

AEW partners with Yuke to bring an Untitled Video game