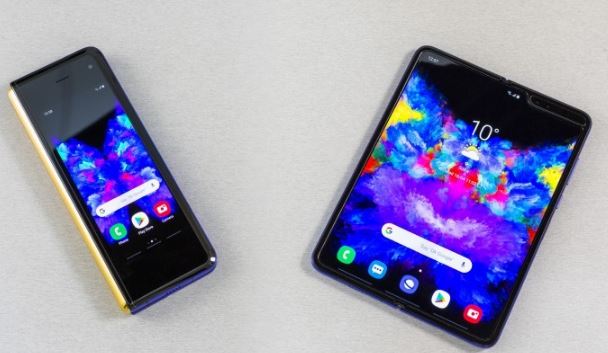 Samsung Galaxy Fold is an Android-based foldable smartphone developed by Samsung Electronics. Unveiled on February 20, 2019, it was released on September 6, 2019 in South Korea. The device is capable of being folded open to expose a 7.3-inch tablet-sized flexible display, while its front contains a smaller “cover” display, intended for accessing the device without opening it.

The company released its Q4 2019 financial report earlier today which showed a decrease in profits, but a very healthy smartphone division. As part of the report Samsung outlined its plans to launch more foldable smartphones later in the year which isn’t surprising as the company estimates it can sell 5-6 million foldables in 2020.

Previously DJ Koh confirmed that Samsung will “significantly increase the sales of foldable smartphones next year”.

The new financial report also outlines this goal as Samsung’s mobile division will focus on flagship and foldable phones in 2020. Furthermore, Samsung will differentiate its premium smartphones by bringing even more 5G-capable phones and introducing new designs for foldable phones. Samsung expects both product categories to help keep revenues steady.

We already know Samsung’s second foldable phone – the Galaxy Z Flip is expected to launch on February 11. It will bring a clamshell design with an Ultra thin glass (UTG) display which should offer improved durability. The rest of the spec sheet includes the Snapdragon 855+ SoC, two 12MP cameras and a 3,300 mAh battery with 15W quick charging.

Rumors suggested that Samsung’s upcoming Z Flip smartphone will use a new ultra-thin type of glass.

Latest report suggests a new patent from Samsung’s lawyers submitted to the EUIPO indirectly confirms the rumor about foldable glass. The UTG trademark logo may stand for “Ultra Thin Glass( is a high-end glass, having thickness less than a single human hair. It provides advantages over other substrate materials such as plastics, metals, and silicon)” and could be Samsung’s branding to market the foldable display glass against its competitors. The trademark would be used for Samsung’s foldable devices, and the design in the “G” reflects that.